If simple and stunning could seamlessly blend together, it will be used to define Alek Wek.

A strong, beautiful and absolutely stunning tall woman, Alek is an African face and voice that has taken the International stage by storm and not just in fashion. However, that is what she is most known for, strutting the International runways in the latest fashion couture by the most famous fashion designers. 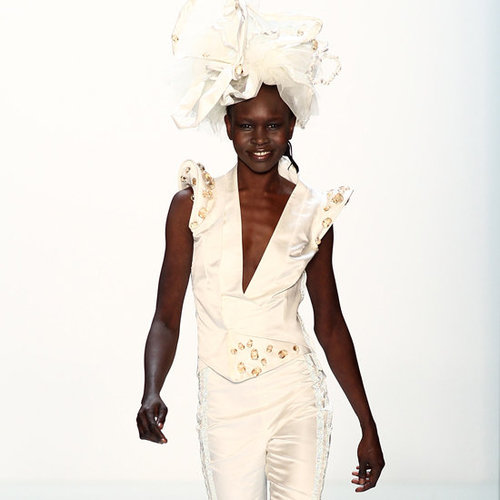 Alek was born in Sudan and was first discovered in London at the age of 14 and is presently one of the greatest supermodels. She is a wife, mother, fashion designer, activist, humanitarian. She is has been an advisor to the US Committee for Refugees and tours high-schools lecturing young people.

She was named by MTV as the Model of the Year in 1997 and by the Venus De  La Mode Fashion Awards as the Best New model. 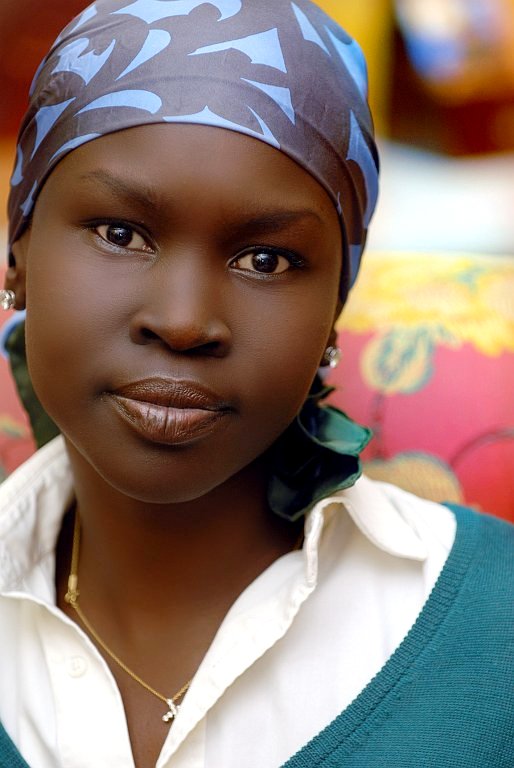 Where print campaigns were concerned, Alek Wek dressed down for Victoria’s Secret and dressed up in cosmetics for Clinique, and she also became a runway specialist for ready-to-wear fashions. Alexander McQueen, Givenchy, Armani, DKNY, and Fendi all sought out the services of Alek Wek and she also would become a favorite of Donna Karan, Calvin Klein and Christian Dior. Besides the promise of supermodel dollars, these projects showed that Alek Wek had broken long-standing color barriers in the industry and to become one of the industry’s hottest commodities. 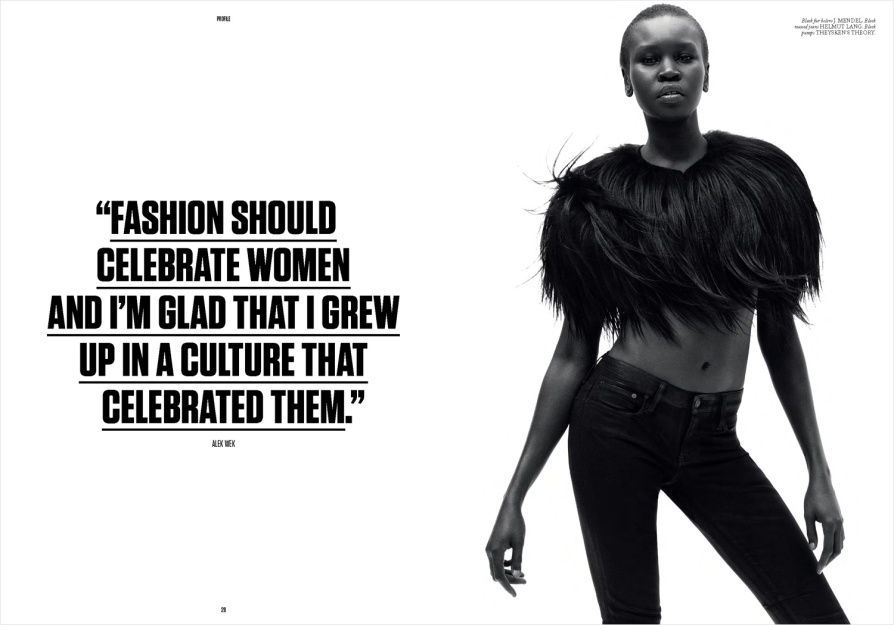 Amongst other things she has done advertisements for Issey Miyake, Moschino, Victoria’s Secret and make-up company Clinique as well as walked the runway for high-profile fashion designers Shiatzy Chen, John Galliano, Chanel, Donna Karan, Jasper Conran and Ermanno Scervino. In walks for Christian Lacroix, she took the role of the bride on several occasions. In 2002 she made her acting debut in The Four Feathers as Sudanese princess Aquol.

Herb Ritts photographed her for a 1999 calendar in a Joanne Gair body painting that was a highlight of Gair’s first retrospective.

Wek has also been a guest on both The Tyra Banks Show, America’s Next Top Model and The Janice Dickinson Modeling Agency.

Clinique, Victoria’s Secret and Banana Republic were some of her ad clients during her prime, while runway gigs for Chanel, Dior and Valentino also became regularoccurrences. Named MTV’s Model of the Year in 1997 and later chosen as Best New

Alex Wek was recently listed at No. 20 on Channel 5’s list of the World’s Greatest Supermodels.

Alek is a definition of an inspirational success story and I am proud to present her as this week’s Style Icon to Watch!