I remember Rihanna channeling Amelia Earhart in the 2017 March edition of Harper’s Bazaar. Her other magazine covers before and after that, are as memorable, colorful and have the superstar stamp like the 2017 cover. From her cover on W Magazine’s September 2016 Issue as a bejeweled powerful queen to her grey haired superheroine look for Tush Magazine, and setting an eyebrow trend on the cover of British Vogue’s September 2018 Issue, Rihanna always takes the spotlight.

For Harper’s Bazaar May 2019 Issue (this is Rihanna’s 4th appearance on the cover), Rihanna is wild and free, elegant and beautiful in a long tasseled multicolored Givenchy dress, a Dior jumpsuit, a Maison Margiela peacock feather dress, all from the best couture collections. 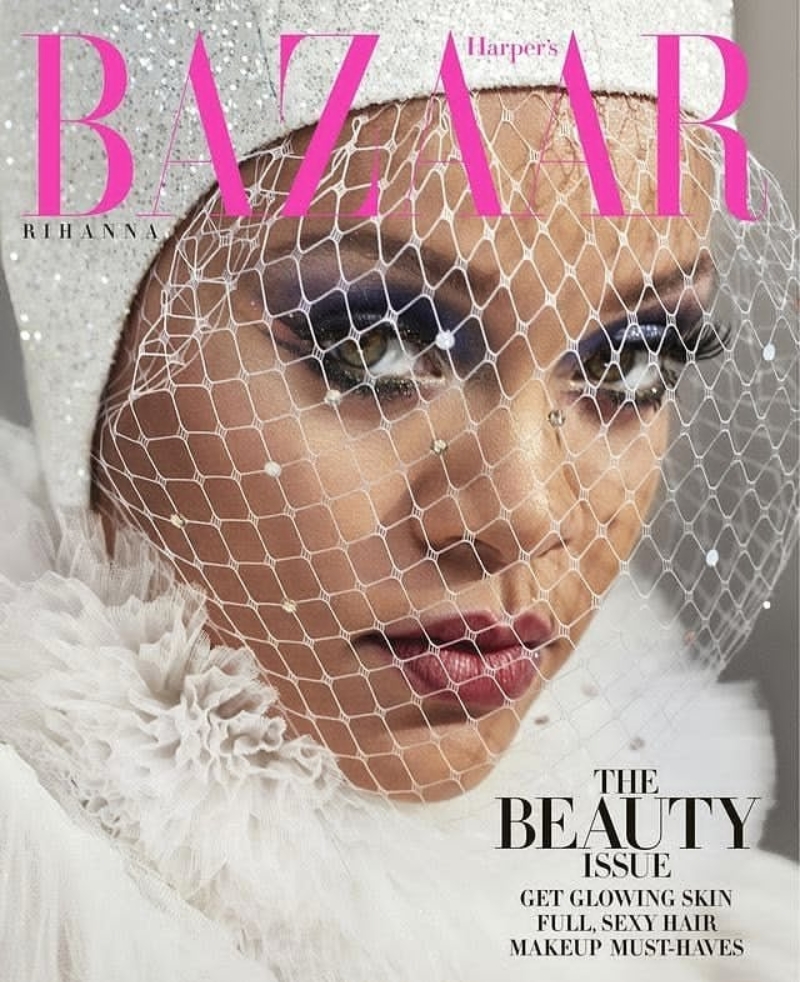 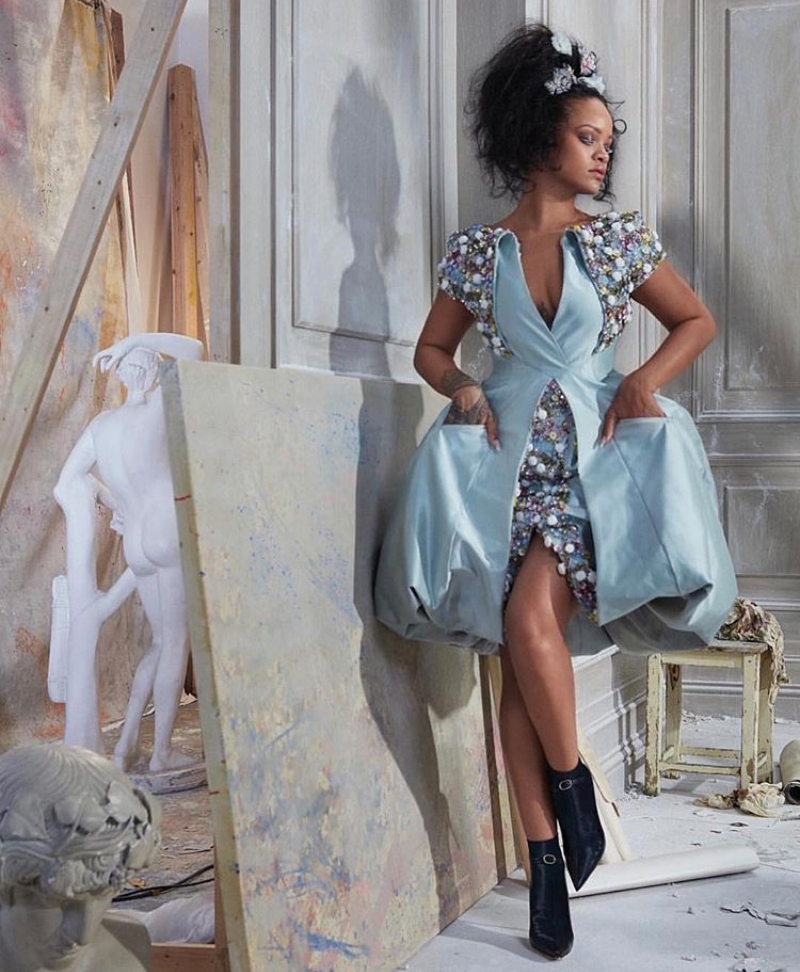 Titled The Beauty Issue, Rihanna’s cover on the issue marks an unofficial debut to her new soon-to-be released skin care line and her constantly growing, inclusive beauty and makeup brand. 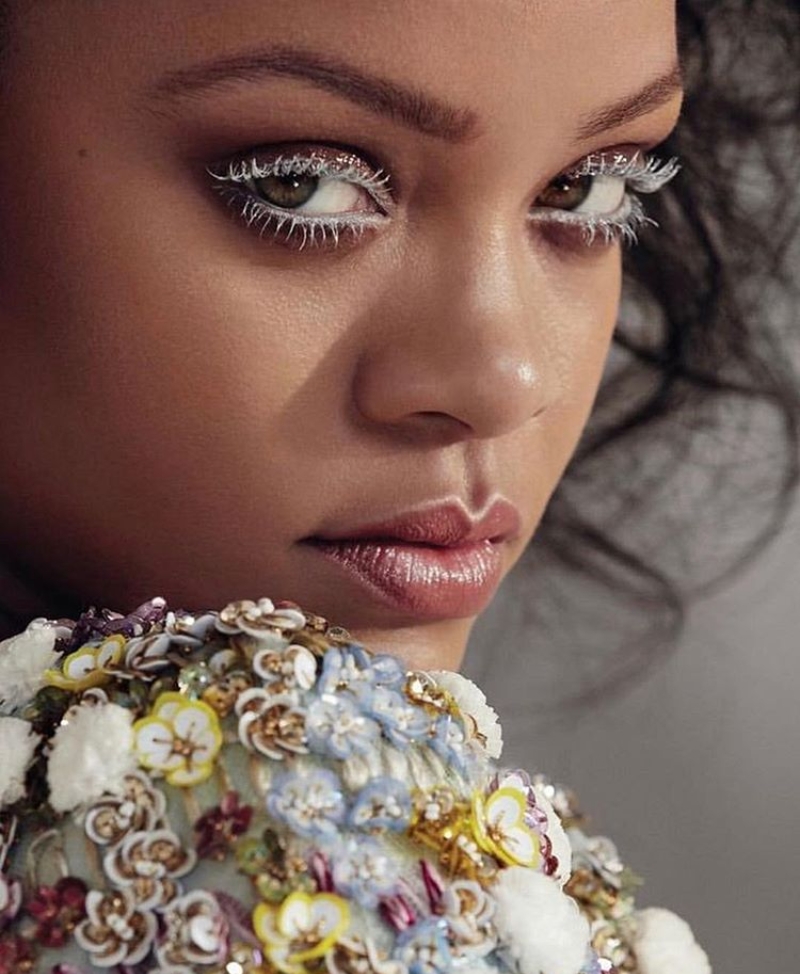 According to Page Six, the singer, actress and entrepreneur has trademarked a new skin care line under the United States Patent and Trademark Office called Fenty Skin. It is believed that all the juicy details will be contained in this issue.

Rumor has it that Rihanna wore unreleased Fenty Beauty products for the cover.