It’s been months since my last post on Food 🍲 Inspo; with that I bring you a favorite on-season delicacy, fresh Akidi made into sauce.

Akidi is a seasonal legume that is rich in protein. Commonly eaten by the Igbo people with boiled yam, the legume is known for its tightly curled ring shape and bright colors of green, red and black.

I visited the market last Saturday and it was everywhere (it is common during the rainy season), so I thought “why not if not” and I bought some. The perfect accompaniment would have been some slices of white yam but I was curious to know how well it would go with Agidi (Corn Jell-O) and that was how this recipe was born. 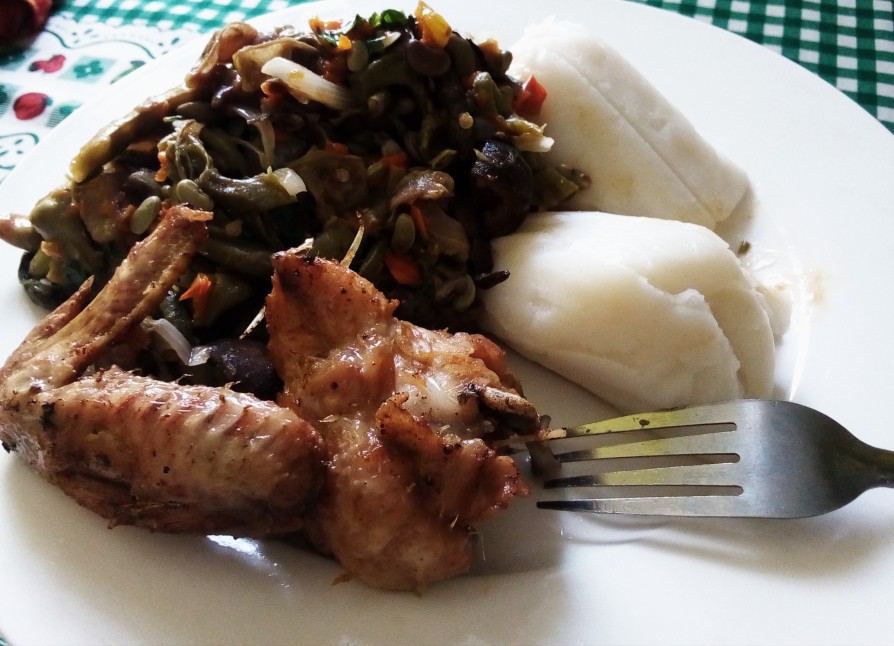 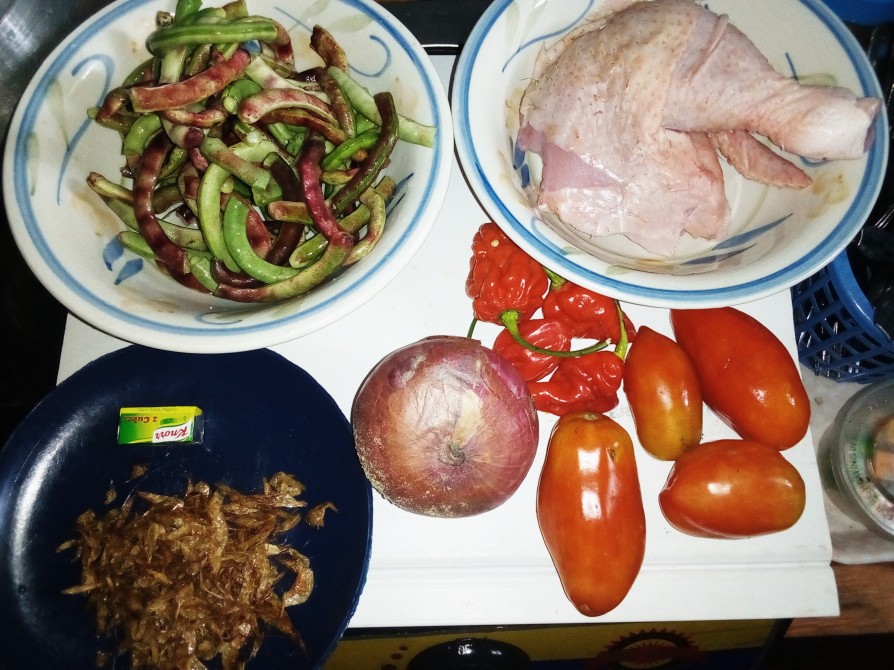 Preparation
I prepared the chicken parts first. I spiced it well with Knorr cubes, salt, onions and sprinkle of dry red pepper. While the parts cooked, I started preparing the ingredients for my Akidi sauce.

1. Finger cut the Akidi rings into lengths of your choice (a ring of Akidi if straightened can be as long as 5cm) and parboil adding salt to taste.
2. Slice your onions, tomatoes and grind your peppers.

3. Check your meat to ensure that it is soft and well cooked.
4. Separate the chicken parts from the stock and set aside.
5. Heat your oil in a pan and deep fry the chicken parts until golden brown.
6. In a medium sized pot, stir-fry the onions, tomatoes and fresh peppers until well cooked. Add the parboiled Akidi and stir.
7. Season with salt and Knorr cubes to taste. Cover the sauce to cook for about 5 minutes.
8. Unwrap the Agidi and serve with the Akidi sauce and fried chicken.